Recognize The Signs Of A Concussion

Get Your Life Back
What Is A Concussion?
Treatments ›

WHAT IS A TRAUMATIC BRAIN INJURY?

A Concussion, medically known as a Traumatic Brain Injury (TBI) is the result of a bump, blow, blast, or penetration to the head. Any external force that causes the brain to move within the head can disrupt normal brain function, leading to loss of consciousness, or being dazed and confused.

TBI can also be the result of bleeding within the brain as well from a stroke, aneurysm or hemorrhage. 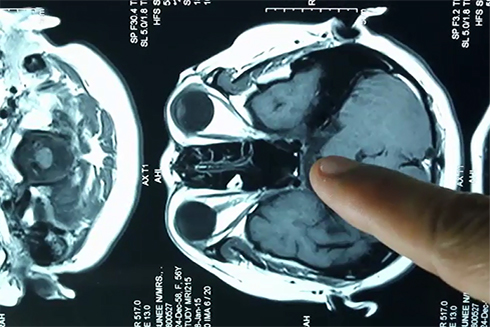 TBI TREATMENT
Finding doctors familiar with treating the many complexities of TBI can be difficult. At TBItreatmentcenters.com we are familiar with the many subtleties of TBI treatment, which include but are not limited to the replenishment of neuroactive and neurosteroids lost to the brain as a result of the traumatic brain injury. Learn More
WHAT CAUSES A TBI?
The causes of TBI are many and include:
Motor vehicle accidents
Motorcycle accidents
Slip and Fall
Sports Injuries
Gunshot Wound
Explosive Blasts
Repetitive Gunfire
Penetrating Head Injury
Deceleration Injury
Chemical Exposure
Hypoxia or lack of oxygen
Infection
Stroke
Hemorrhaging
Numerous Surgeries
Extensive Surgery 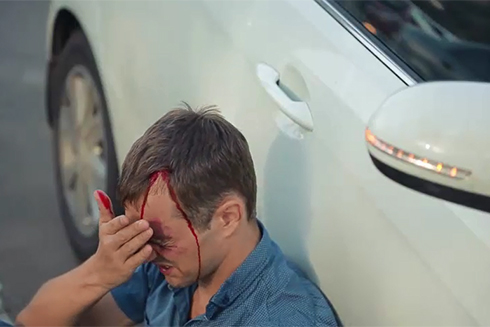 THE EFFECTS OF TBI
Most people are unaware of the scope of TBI or its overwhelming nature. TBI is a common injury and may be missed initially when the medical team is focused on saving the individual's life. Before medical knowledge and technology advanced to control breathing with respirators and decrease intracranial pressure, which is the pressure in the fluid surrounding the brain, the death rate from traumatic brain injuries was very high. Although the medical technology has advanced significantly, the often overlooked effects of TBI are significant.
TBI is classified into two categories: mild and severe.
A brain injury can be classified as mild if loss of consciousness and/or confusion and disorientation is shorter than 30 minutes. While MRI and CAT scans are often normal, the individual can have cognitive, physical, and social problems.
SIGNS OF ALTERED BRAIN FUNCTION:
1. Any period of a complete loss of, or decreased, consciousness.
2. Any loss of memory related to events occurring immediately before or after the injury.
3. Neurologic deficits such as muscle weakness, loss of balance and coordination, disruption of vision, change in speech and language, or sensory loss.
4. Any alteration in mental state at the time of the injury such as confusion, disorientation, slowed thinking, or difficulty with concentration.
DO YOU SUFFER FROM one of the many symptoms of TBI:
Fatigue
Headache
Difficulty Thinking
Memory Problems
Brain Fog
Attention Deficits
Mood Swings
Frustration
Muscle Weakness
Exercise Intolerance
Weight Gain
Isolation
Depression
Anxiety
Panic Attacks
Social Phobias
These injuries are commonly overlooked. Even though this type of TBI is called "mild", the effect on the family and the injured person can be devastating.
Severe brain injury is associated with loss of consciousness for more than 30 minutes and memory loss after the injury or penetrating skull injury longer than 24 hours. The deficits range from impairment of higher-level cognitive functions to comatose states. Survivors may have:
Limited function of arms or legs
Abnormal speech or language
Loss of thinking ability
Emotional problems
The range of injuries and degree of recovery is very variable and varies on an individual basis. The effects of TBI can be profound. Individuals with severe injuries can be left in long-term unresponsive states. For many people with severe TBI, long-term rehabilitation is often necessary to maximize function and independence. Even with mild TBI, the consequences to a person's life can be dramatic. Change in brain function can have a dramatic impact on family, job, social and community interaction.
DATA:
An estimated 1.7 million people sustain a TBI annually. Of them, 52,000 die, 275,000 are hospitalized, and 1.365 million nearly 80%, are treated and released from an emergency department with no follow up or treatment.
Falls are the leading cause of TBI followed by motor vehicle accidents.
339,000 veterans have been diagnosed with service related TBI from the Iraq and Afghanistan Wars. 50% of TBI patients develop a mental disorder.
5.3 million people are living with a disability related to TBI.
TREATMENT:
Finding doctors familiar with treating the many complexities of TBI can be difficult. At TBItreatmentcenters.com we are familiar with the many subtleties of TBI treatment, which include but are not limited to the replenishment of neuroactive and neurosteroids lost to the brain as a result of the traumatic brain injury.
First thing we recommend having is a comprehensive lab performed. The labs values we look for with any TBI patient are as follows.
Growth Hormone
Somatotropin C (IGF-1)
IGF BP-3
DHEA-S
Testosterone Free
Testosterone Total
Dihydrotestosterone (DHT)
Sex Hormone Binding Globulin
Prostatic PSA
Estrone (E1)
Estradiol (E2)
Pregnenolone
Progesterone
FSH
LH
Prolactin
Copper
Zinc
Insulin
Iron
TSH
T3, Free
T4, Free
rT3
TSH Index
T3/rT3 Ratio
TPO
ACTH
Cortisol AM
Homocysteine
hs-CRP
Hemoglobin A1c
Vitamin D3
Second, we build a comprehensive personalized plan to help you or your loved one recover their health so they can make steps towards getting their life back.
Third, we follow your progress on a monthly basis keeping track of your achievements and making necessary adjustments to your therapy along the way to make the most of your recovery.
Share this page to spread the word about Traumatic Brain Injury